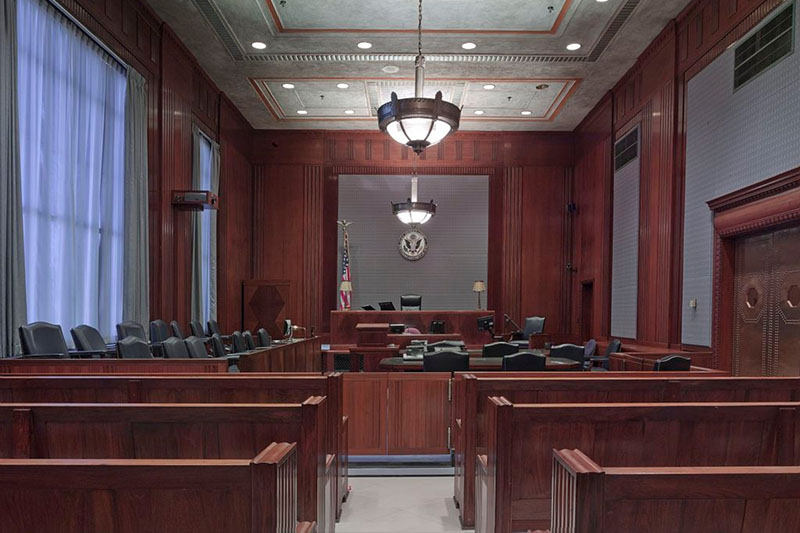 The Arkansas Court of Appeals recently took the wood to a default judgment that was entered against a defendant solely on the basis of constructive service by warning order. See Self v. Hustead, 2017 Ark. 339.  In this case, our firm, Daily & Woods, P.L.L.C. represented the successful appellant.

All lawsuits begin with the filing of a complaint.  The Court does not acquire jurisdiction over the defendant, however, until he is served with the summons.  Service of process rules must be complied with exactly and while there are several ways to serve a defendant in person, none of those methods were relevant in Self.  In that case, service was constructive, and “accomplished” through the publication of a warning order.

Warning order service amounts to notice by way of an ad in the newspaper that more or less says, “Hey…Pssst…You’ve been sued.”  Unless the defendant scans the classified ads on a daily basis, he’ll never see it.  In fact, I don’t know of a single case where the defendant happened to be looking for a used car, or lawn tool, etc., only to discover that he had been named a civil defendant.  Nevertheless, it’s a valid means of serving a defendant, but only as a last resort.

To obtain the warning order, the plaintiff must file an affidavit, or otherwise prove, that “after diligent inquiry, the identity or whereabouts of a defendant remains unknown.” Ark. R. Civ. P. 4(f)(1). The warning order is usually issued on the same day, and then it becomes published in the newspaper.  If no response is filed, the court will enter a default judgment.  That’s the usual order of operations,

The affidavit used to obtain the warning order read as follows:

Comes now [Attorney for Plaintiffs], and upon his Oath states as follows:

(Names have been redacted. It’s all public record, so if you’re curious, check the case file.)

The warning order was issued based on this apparent showing of a diligent inquiry to locate the defendant, and it was published.  After 30 days, with no additional activity in the case file, the plaintiffs requested that the court enter a default judgment.  The court entered judgment against the defendant in the amount of $27,442.89, plus costs and attorney fees.

Nothing happened for another 8 years.  Defendant eventually learned about the sizeable default judgment rendered against him when he was served with a show cause order in early 2016. In response, he moved to set aside the default judgment, based on service being defective.  The trial court denied his requests, so he appealed.

On appeal, the Arkansas Court of Appeals agreed with the defendant, reversed the trial court and set aside the default judgment. Specifically, the Court of Appeals held that service was wholly defective because the warning order was obtained based on a patently deficient affidavit.  The defendant never lived at the address listed in the affidavit and the affidavit contained absolutely no information that would support how the plaintiffs or their process server determined that McDonald Street in Springdale, Arkansas was an address he ever used.

Also, the record revealed that the plaintiffs’ had some means to contact the defendant, but they apparently didn’t try.  Their real estate agent had defendant’s cell phone number, and had actually communicated with the defendant during the time leading up to the lawsuit.  On these facts, the Court of Appeals determined that the plaintiffs had not conducted a diligent inquiry—a prerequisite to obtaining the warning order.

If the procedures used to obtain the warning order are not followed exactly, then the warning order is defective, and service is never accomplished.  For this reason, in Self v. Hustead, the default judgment was set aside, and all proceedings related to the case were held to be void.  In other words, the original winner—the Plaintiff, became the loser.  Since the default judgment was set aside as void, it is treated as if it never happened.